Scottish Gaelic emigrants and their descendants were settled throughout parts of the seven counties of north-eastern Nova Scotia which constituted the Roman Catholic Diocese of Antigonish. Gaelic was the majority language in this area during most of the nineteenth century; of a population of nearly 105,000 in 1871, some 67% were Gaelic-speakers.

Bishop Colin F. MacKinnon founded Saint Francis Xavier College in 1853. Although MacKinnon was the son of two Gaelic-speaking immigrants, he made no place for Gaelic at the institution: such were the stigmas and disadvantages working against Gaelic that assimilation into English-speaking society was typically seen as the priority. 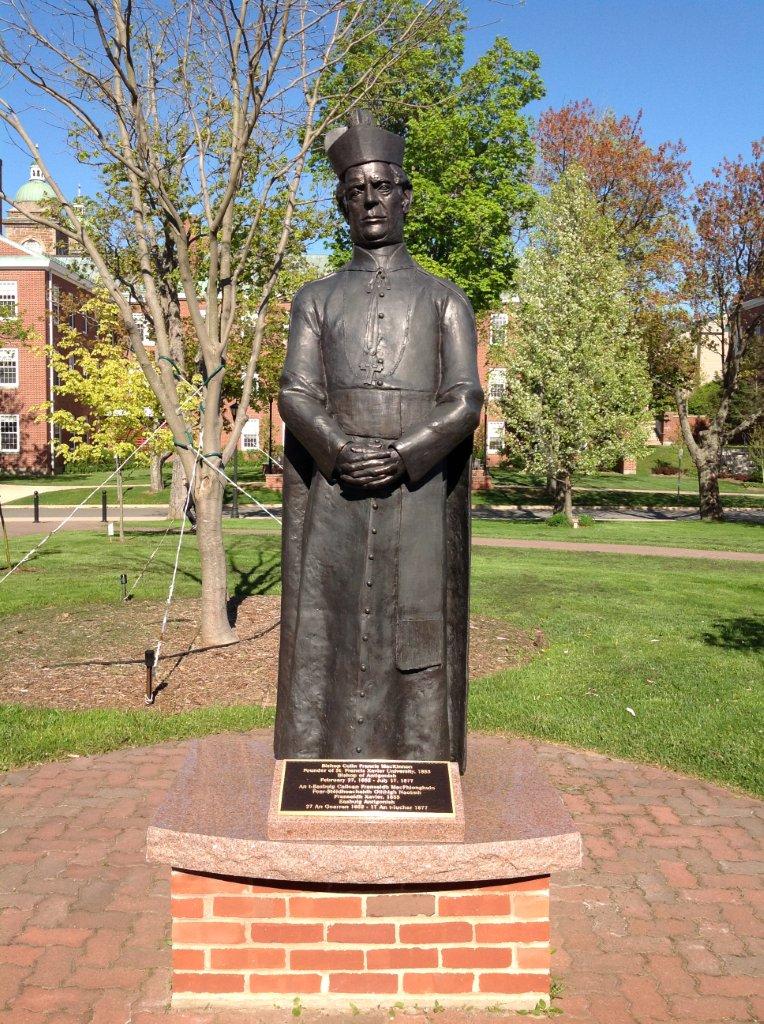 It took some time for Gaels to formulate a response to the neglect of their language and culture in the institutions of higher learning in both Scotland and abroad, but efforts gained strength in the late 1800s, especially after the establishment of the first Chair of Celtic at the University of Edinburgh in 1882.

Despite the lack of support for Gaelic in the early decades of St FX, many Nova Scotians who came to the university to study or work spoke Gaelic as their mother tongue. As late as 1937, John Lorne Campbell observed that nearly half of the staff were Gaelic speakers. It was a matter of mustering the will to do something with it.

The Development of Celtic Studies at St FX

Gaelic was first taught at St FX in the 1890-91 academic year by Father D. A. MacAdam, a major advocate of Gaelic, who was a contributor to the Scottish periodical Guth na Bliadhna and later to the Nova Scotia-based Mosgladh. Besides teaching a Gaelic class, he organised the student Celtic society from 1893 to 1900.

In the first decade of the 20th century courses in Gaelic language and literature were taught by Rev. Dr. Alexander Maclean Sinclair, a presbyterian minister and renowned Gaelic scholar. Sinclair was a native of Glen Bard, Antigonish County, and grandson of the poet John MacLean (am Bàrd MacIlleathain). Sinclair did more to advance Gaelic studies in North America than anyone else in his lifetime (he is the subject of the Ph.D. dissertation of faculty member Dr. Michael Linkletter). In later decades Gaelic was taught by Fr. MacPherson and A.T. MacDonald.

Angus L. Macdonald was a graduate of St. FX who had studied with Alexander Maclean Sinclair. During his time as premier of Nova Scotia from 1945 to 1954, he sought to provide increased visibility and support for Gaelic in Nova Scotia, including advocating for a Celtic Studies department at St FX. In 1958 Major C.I.N. MacLeod, a Gaelic-speaking native of Lewis (Scotland), was hired to establish the Department of Celtic Studies.

Upon the death of Major MacLeod, Sister Margaret MacDonell (below) became Chair of the department. Sr. MacDonell was responsible for establishing the Cape Breton Gaelic Folklore Project in which Dr. John Shaw collected on tape examples of folklore from Gaelic speakers throughout Cape Breton. This collection is probably the largest archive of spoken Gaelic in North America. A copy of this collection is now housed at St FX in the Angus L. Macdonald Library where it may be consulted by the public.  It has also been digitized and made available online at the Struth nan Gàidheal / Gael Stream website: http://gaelstream.stfx.ca/ 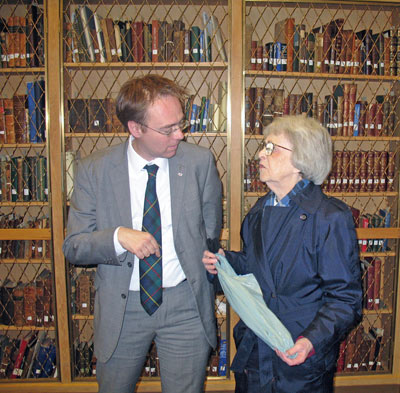 The Endowment of Chairs in Gaelic and Celtic at St FX

In 1983, through the efforts of then Celtic Department chair, Sister Margaret MacDonell with help from Senator Allan MacEachen and the Antigonish Highland Society, St FX was successful in obtaining a grant from the Multiculturalism Directorate of the federal government for the establishment of a chair in Gaelic Studies. It was decided to name the chair in honour of Sister Saint Veronica (Mary Macdonald) who was a Gaelic speaker and beloved professor of History (1937-1970) and the first woman to be appointed to the St FX faculty. In September 1984, Dr. Kenneth E. Nilsen became the first holder of the chair. 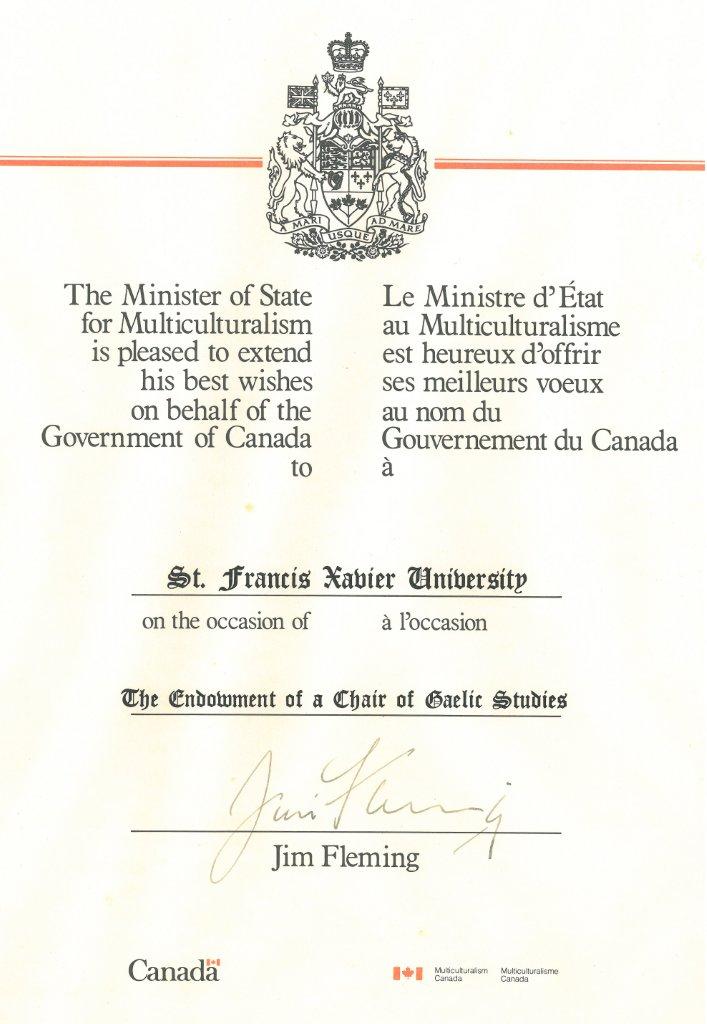 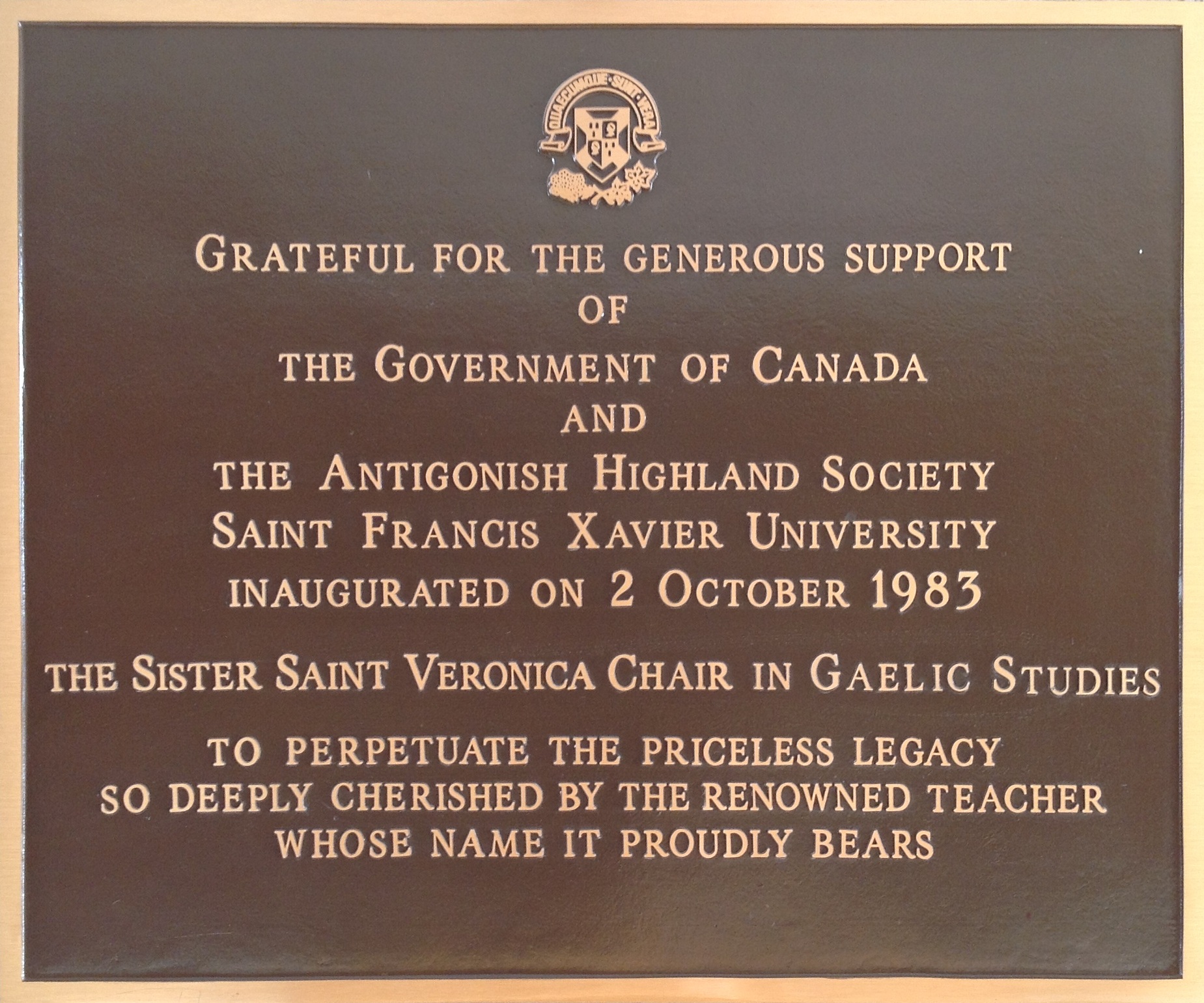 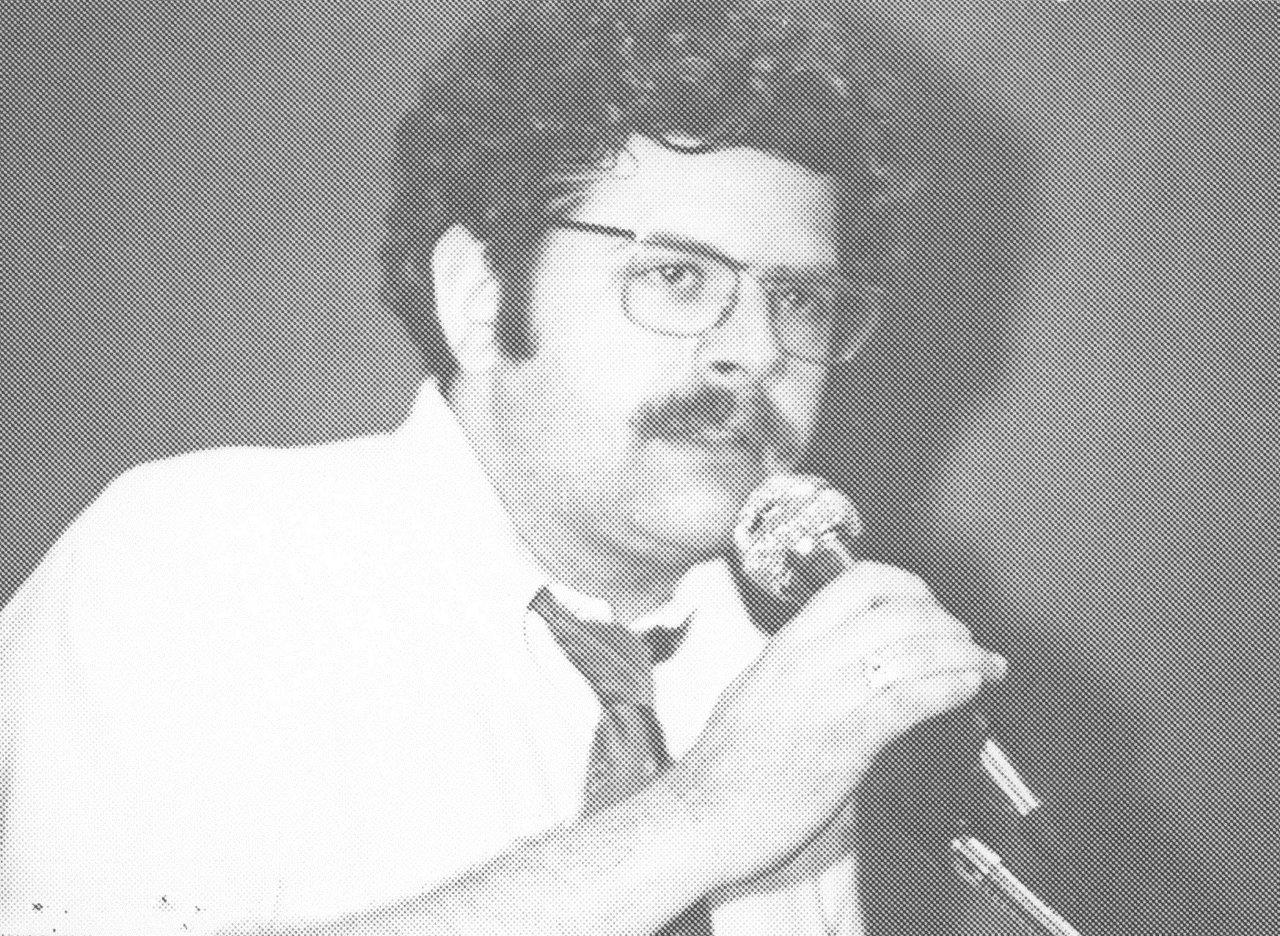 From 1993 to 2008, Catriona NicIomhair Parsons, a native of the Isle of Lewis, joined the department, significantly augmenting the Gaelic program. In 2001, the Celtic Department expanded to having three, full-time professors for the first time in the history of St FX with the endowment of another chair, i.e. the Ben Alder Chair in Celtic Studies, with Michael Linkletter as its first holder. Through the invaluable assistance of Fr. Vern Boutilier, this new chair was established via the generosity of Swiss financier, Urs Schwarzenbach, who named it after his estate in Scotland called "Ben Alder" (Beinn Eallair in Gaelic). This has enabled the department to offer an expanded number of courses and a full honours program in Celtic. 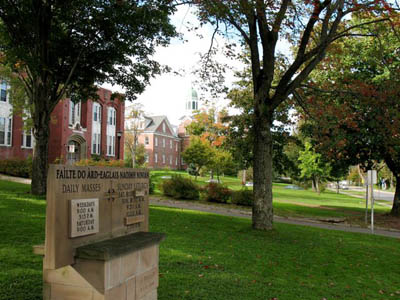 Gaelic on the St FX Campus