Anti-racism is a process of actively identifying and opposing racism. The goal of anti-racism is to challenge racism and actively change the policies, behaviors, and beliefs that perpetuate racist ideas and actions.

Anti-racism is rooted in action. It is about taking steps to eliminate racism at the individual, institutional, and structural levels. It is not a new concept, but the Black Lives Matter movement has helped increase the focus on the importance of anti-racism.

"To be antiracist is a radical choice in the face of history, requiring a radical reorientation of our consciousness."

Individual racism​ refers to the beliefs, attitudes, and actions of individuals that support or perpetuate racism in conscious and unconscious ways

Interpersonal racism​ occurs between individuals. These are public expressions of racism, often involving slurs, biases, or hateful words or actions.

Institutional racism​ occurs in an organization. These are discriminatory treatments, unfair policies, or biased practices based on race that result in inequitable outcomes for whites over people of color and extend considerably beyond prejudice.

Structural racism​ is the overarching system of racial bias across institutions and society. These systems give privileges to white people resulting in disadvantages to people of color. 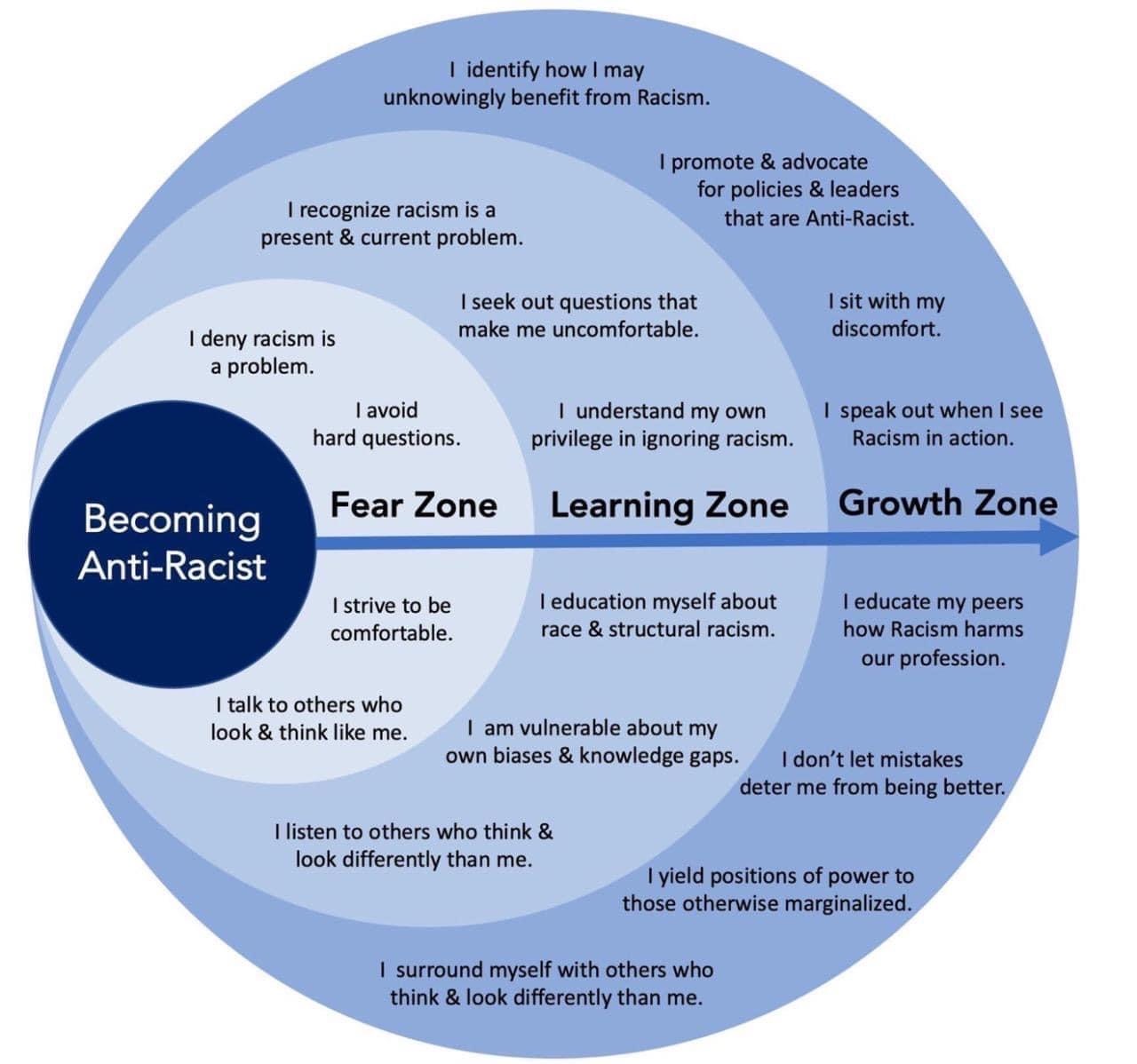