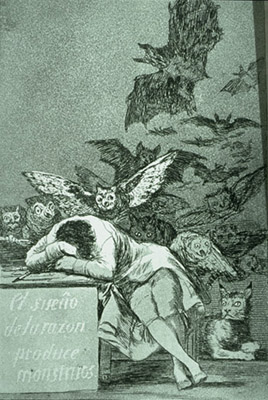 What is Political Science?

Political science is a discipline that studies the use and abuse of power in society. Political science courses at X are organized into four sub-fields: Political Philosophy/Theory, Canadian politics, Comparative politics and International Relations. Our 100- and 200-level courses prepare students for more advanced courses, as well as being sufficiently self-contained to offer non-specialist students a deepened appreciation of political life. The introductory courses (101/102) provide a preliminary overview of the discipline; each section covers a common set of themes to ensure consistency among sections of this course. Our 300-level courses provide more specialized instruction on prominent themes within each sub-field (see course descriptions). Our department endeavours to be ‘comprehensive’, by offering students options that cover as much as possible of the discipline as a whole.

Why should I take Political Science?

StFX is widely recognized as having one of the best political science departments of any small university in Canada. The members of the department include specialists in the four major sub-fields of the discipline (Canadian, Comparative, Theory, and International Relations). Our first priority is the student in the classroom. We seek to provide our students with the best possible educational experience. Library holdings are designed to serve the interests of the budding scholar. Our graduates have fared well in obtaining entrance to post-graduate and professional programs, and are often successful in competition for scholarships. Each member of the department has received a Ph.D. from a university in Canada, the United States, or the United Kingdom. Each maintains an active program of research and scholarly publication (books, book chapters, and journal articles), and makes wider contributions to the university, to the discipline of political science in Canada, and to the local and provincial community.

Political Science is a good interdisciplinary field where one can get an introduction to philosophy (political and otherwise), modern world history and comparative political systems... Mary Katherine Hanratty '88

I took Political Science because I was a political junkie - always working on some sort of campaign (municipal, provincial and federal) I wanted to know more about the process... I think everyone should learn about government and [the] political process. Huguette Champagne BA '86

What can I do with an undergraduate degree in Political Science?

The study of politics can provide a useful preparation for work in government organizations of all kinds (administrative and research positions); educational institutions (schools, colleges, and universities); political organizations (parties, movements, groups); nongovernmental organizations such as lobby groups or community structures; the media; and international organizations. It provides a good foundation for further study in law, public administration, journalism, community planning, urban studies, environmental studies, and other areas.

Do I have to be a Major, Advanced Major or Honours student to take a Political Science course?

No. Taking a course in Political Science can be just a single introductory course used as a open elective or it can be paired depending on your requirements.

Are there any courses that I have to take?

What courses you are required or requested to take depends on your academic stream. Are you interested in Majoring in Political Science; Advanced Majoring or Honouring?

Majors:
Students in the Arts Major program are required to have 36 credits in their major subject area. Students will normally concentrate in two areas within the discipline, and have a minimum of 15 credits at the 300 level or above. The admission requirement for a BA Major or Joint Major program is an average of 55 per cent over the first two years. The same average is required to advance from third to fourth year.
For more detailed information on the Bachelor of Arts with Major program, go to section 4.1 of the Academic Calendar.

Honours:
Students in the Bachelor of Arts Honour program are required to take 60 credits in the honours subject. You are required to take: PSCI 101/102 (Introductory); 399 (Research Methods and Statistics), a minimum of six credits from 201, 202, 211, 212, 221, 222, 241 and 251, 252, two three-credit seminars, 490 (Thesis) and 27 other credits in Political Science. Students will normally have at least 24 credits at the 300 level.
The admission requirements for the Honours program include: (a) an average of at least 75 per cent in the 60 credits completed during the first two years; (b) an average of at least 75 in all courses completed in Political Science during the first two years; and (c) a grade of 70 in each political science course. To advance from third to fourth year, these same requirements must be met in Year three.
For more detailed information on the Bachelor of Arts with Honours program, go to section 4.1 of the Academic Calendar.

What are the four sub-fields within the Political Science Department?

³Political theory deals with the great political thinkers and ideas from the classics of political thought to contemporary debates about freedom, equality, rights, identity, community and justice.

³Comparative politics explores the evolution and diversity of governments in developing and developed states. It examines how different countries around the world are governed, and analyzes the differences and similarities between government systems in different regions of the world (Europe, Asia, Africa, Latin America).

³International Relations studies the international state system. This includes relations among states and the nature of institutions and power in the global arena. IR also explores the political, military, cultural, economic, and ideological factors affecting the behaviour of states and international organizations in world politics.

Who can I talk to about my course pattern?

Any member of the department would be happy to discuss your course pattern. In addition, the departmental chair [Dr. James Bickerton] is available for academic advising by appointment or at any time. If you have additional questions, please call the department at (902) 867-5085, fax (902) 867-5646, email polisci@stfx.ca or stop by our offices in Mulroney Hall (4th floor).